skip to main | skip to sidebar

According to Deadline.com, more than a dozen drama specs were sent to the five nets this weekend, including high-profile project by The X-Files creator Chris Carter, female-driven mystery thriller Unique.

Carter’s Unique starts off as a revenge drama about a woman’s quest to solve her husband’s murder but is subsequently vaulted into a global mythological conspiracy show that takes place in a heightened reality. The project, produced by MRC, has been getting high marks from network executives for the interactive way the script is being presented on iPads with sample scene storyboards and soundtrack.
Posted by Aliatope1013 at 2:13 AM 1 comment:

X-Files creator Chris Carter is heading back to the small screen.

After several years away from Hollywood despite heavy demand, Carter has reemerged with a female-lead mystery police thriller titled Unique. The project, which is set up at Media Rights Capital, has a supernatural element to it. He is set to write and executive produce.

Carter spent nearly a decade at the helm of the David Duchovny and Gillian Anderson vehicle, which ran from 1993 to 2002. The series not only helped put host network Fox on the map but also define it as a destination for edgy, quality fare.

In addition to a rich ancillary revenue that came from DVD and merchandise, the franchise spawned two feature films, 1998's The X Files and 2008' The X Files: I Want to Believe. Last month, Anderson told an Australian morning show that there's talk of a third X-Files feature. "I hope it happens," she said. "There's talk of it."

Action Drama From Frank Spotnitz Is A Go At Cinemax, Melissa George To Star

Melissa George has been tapped as the lead in the BBC-Cinemax spy thriller series Nemesis aka Morton, which was created by former X-Files executive producer Frank Spotnitz. BBC One commissioned eight episodes of the project back in January, with Cinemax recently coming on board. Cinemax will co-produce Nemesis with BBC and the UK’s Shine-owned production company Kudos Film and Television, in association with Big Light. In the vein of Bourne Identity, Nemesis is a suspense thriller set in the world of international espionage. It centers on a highly skilled operative (George) for an elite private intelligence firm who survives an attempt on her life that might have been orchestrated by members of her own team. Once she returns to the firm, she must perform her secretive duties without knowing who to trust and who wants her dead. In addition to writing, Spotnitz is executive producing Nemesis with Kudos’ Stephen Garrett, Jane Featherstone and Alison Jackson. S.J. Clarkson will direct the first two episodes of the series, which will start production this fall in Europe and North Africa.

A show about a butt-kicking female spy is a familiar territory for George, who co-starred on ABC’s Alias. She recently wrapped A&E’s upcoming miniseries Bag of Bones, based on Stephen King’s book, in which she co-stars opposite Pierce Brosnan. George, repped by ICM, UK agent Vic Murray and 3 Arts, also co-starred on the drama series In Treatment, which aired on Cinemax’s sister network HBO and earned her a Golden Globe nomination. Nemesis is Spotnitz’s second Cinemax series. He also co-wrote with British TV writer Richard Zadjlic the action drama Strike Back, Cinemax’s first original primetime series, which launched last month.

Mark Snow's 4-Disc X-Files Set to Release in May

According to X-Files News, "on May 10th, the long awaited limited edition 4 Disc Box Set of Mark Snow's amazing music from The X-Files will drop!"

Check out the full story HERE!
Posted by Aliatope1013 at 2:47 AM No comments:

John Shiban (The X-Files, Breaking Bad, The Vampire Diaries) is working on a project called The Voyage that’s in contention for a pilot pickup. The show is billed as a realistic take on First Contact with an ambitious female scientist who works with a team at the Jet Propulsion Laboratory as the lead character.

The project is one of several in contention at AMC, but has more buzz than some (two others are The Man With the Golden Ears, about a record executive, and The 4th Estate, about a D.C. investigative journalist.

Frank Spotnitz confirmed in his blog that BBC has commissioned his "new television series, whose working title is Morton. The series will be produced with Kudos Film and Television. More details on Morton (and its broadcast in the U.S., and around the world) in the months to come."

This from the BBC Press Office:

Meet Sam. A spy. A hunter. And herself hunted by an enemy more ruthless and determined than any she's ever known. Sam has been running from her past her entire life but when she returns to Mobius, the organisation that employs her, and begins to pursue her pursuer, she will discover the only way to escape that past... is to confront it. This is the story of a spy with a bull's eye on her back, a human target unable to trust anyone at any time, even the man she loves. She is, quite literally, running for her life. Morton is a smart, complex and contemporary spy series.

According to X-Files News, "Gillian Anderson is RUMORED to be a part of this series."
Posted by Aliatope1013 at 11:28 AM 2 comments: 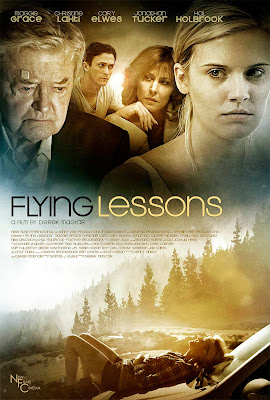 Check out the official poster for Flying Lessons, a new movie produced by Chris Carter!

Flying Lessons official website: http://flyinglessonsmovie.com/
Posted by Aliatope1013 at 8:55 AM No comments:

According to XFilesNews.com, there is a chance that X-Files 3 is finally in the works! 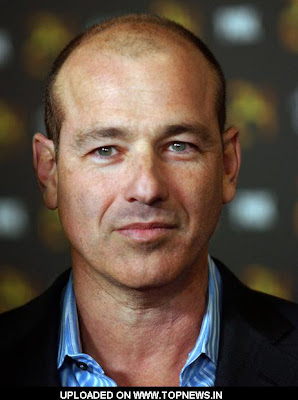 Ryan Murphy (co-creator, exec. producer, showrunner of Glee) and Howard Gordon (exec. producer and showrunner of 24) are teaming-up to present 20th Century Fox with an offer it could, but most likely won’t, refuse. Both key players in two of Fox’s bigger success stories of late, the pair are developing a television drama project that is currently in negotiations to air on said studio. The show is described as a “high-concept, character-driven procedural that deals with making people face their worst fears and phobias.” Somewhere, most likely alongside an octagon, Joe Rogan is thinking to himself “been there, done that.”

For more info on the project, hit the jump.

Per Deadline, Murphy and Gordon’s project will focus on a psychiatrist and will feature “supernatural elements but will revolve around broader mysteries in the vein of The X-Files.” Considering Gordon served as a writer-producer on Chris Carter’s award-winning series, it seems as if the untitled project is already off on the right foot to achieving that particular end. 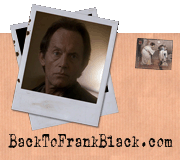